Foamular casting is an investigation that I have continued from last semester. My mentor Shelby Davis noticed some of the plaster samples lying around and asked about them. I explained to him that at BBCM in the BAM space my old boss was working with laser cutting into foam. (They called the manufacturer to see if it was okay. It’s all good you just have to sit and watch it. LIKE ALL LASER CUTTING!) He mentioned that if I used Rockite, expanding cement, I would be able to get them out of the mold without them breaking. I was excited to try and get this side project underway again. Anyways, I was obsessed with the texture that was coming out from rastering photos.  I soon realised what attracted me to it. The same obsession I have over 3D printing, the telephone game effect, losing the meaning through translation from the virtual to the tangible.

It is fascinating and I can’t get my mind away from it. The virtual always allows for this obscene amount of perfection that is just not capable in meat space. It is that bit to atom. From concept to realization.

With these foam experiments I discovered something this also fits my thoughts I was having with identity. Identity forming through transitions.

I did some minor photoshop editing to create a nice grey scale. Then I sent it to the laser.

I casted the rockite on top and was able to get this. I was ECSTATIC!  I love the results, except it broke when it came out of the mold. I talked to shelby about this and he explain that I needed to cast it a bit thicker. 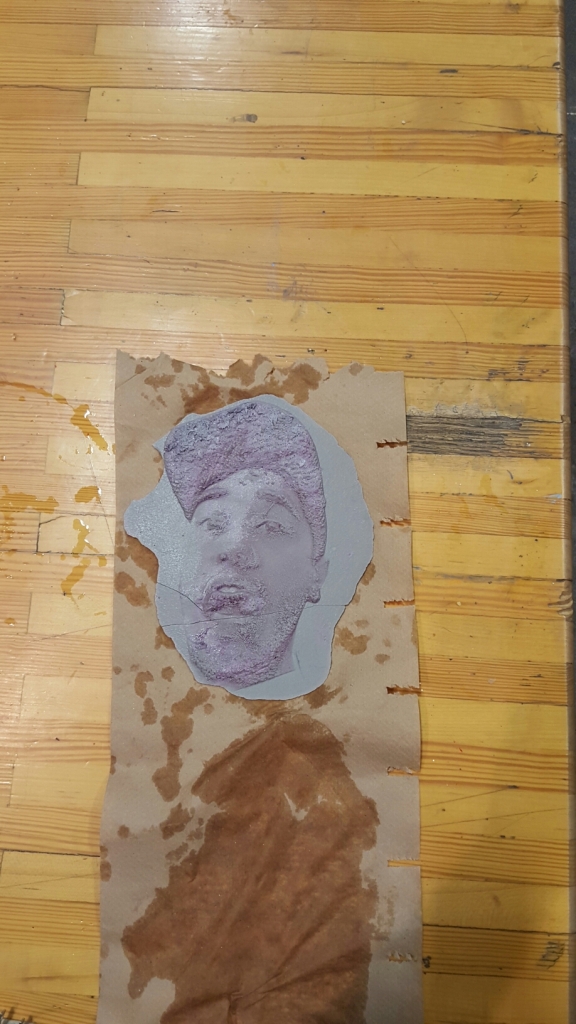 So I took it back to the laser and cut in a bit deeper. I changed and added a few more elements I have been having a flower pattern obsession lately.

I created a small wood frame around it to make sure I was able to get a good thickness. Then I casted it and waited about 3 hours for it to cure. 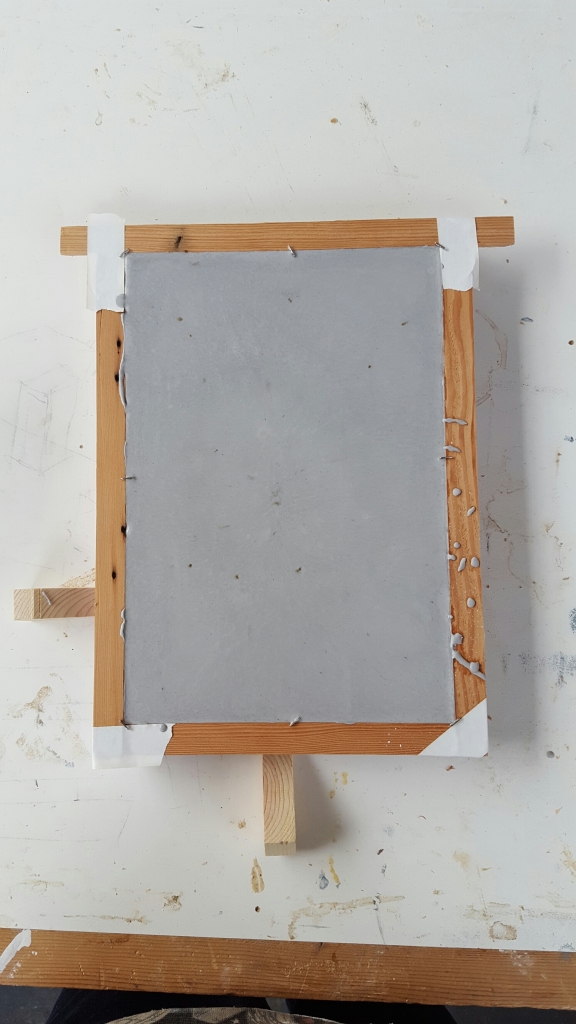 I hacked at with with a saw and blade, bad choice, I ended up slicing open a finger. I ended up getting the piece out though.

There is something deceiving occurring in the photo above. It looks nothing like that in person! It’s hard to see my face in it. The photo flattens it and once again changed what happens in that translation again. I was blown away by this and super excited to take this further but I had to stop for now so I could work and focus on the soil lamp project.

I have a feeling you wont be seeing the last of this.

One thought on “Foamular casting”