Forgive the bad quality photos and any horrendous spelling, I am typing this post up from my phone.

Once again I am lost in the direction to go. I get an idea and present it and it seemingly gets shot down. I feel at this point I am overloaded by the amounts of input. Granted I asked for some but now it’s coming from 1000+ different places, including the person who gives me the ol stamp of pass or fail.

People have been simply saying, “Just do what you want!” Sure, its easier said then done when you’re looking for some direct input on your ideas rather hearing how it could be something else.

Regardless, I am just complaining in this post, but this is genuinely my feelings about my project at the moment.

Anyways, here is a model of a possible pendant idea I put together. I didn’t fully model it our mainly because I don’t want to invest that much time into something to get shot down.

I had to take a photo of my laptop due to no internet connection at school. I will update this later with better photos. 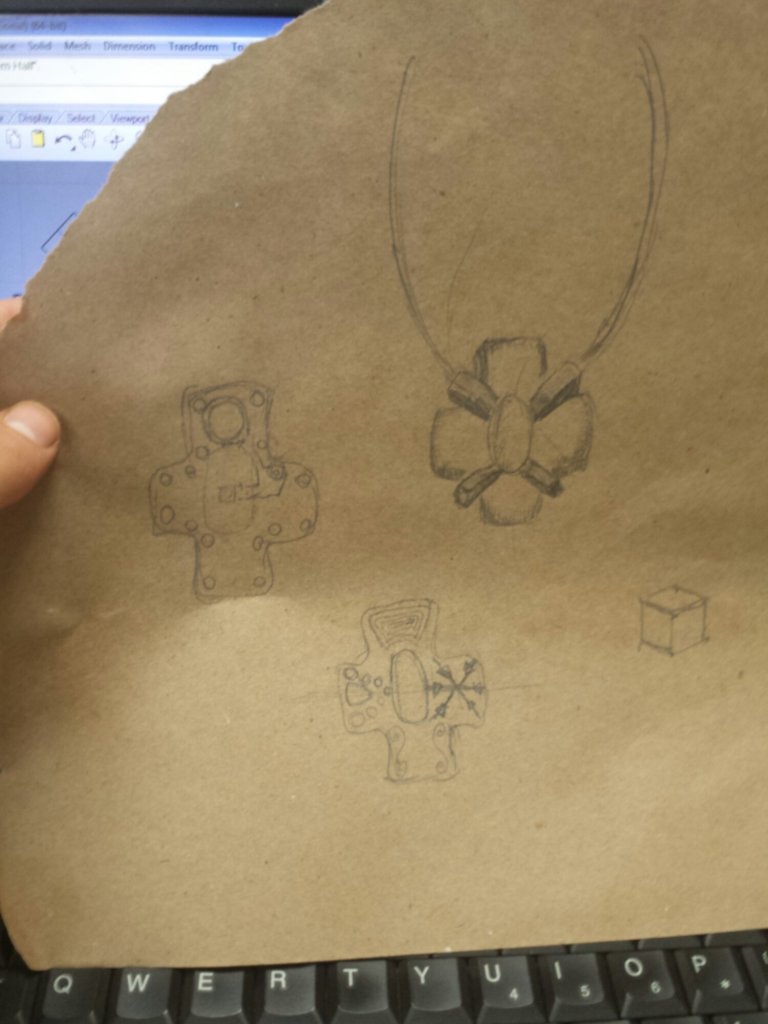 The idea behind this would be a pendant that is milled out of a wax and then I could come back and refine and place a texture upon it. I wouldn’t plan on leaving it with all the hard edges and blank edges.

A line break down of the object.  The red line on the one would be a small groove cut into the plate where an LED, battery, and pressure switch would get mounted.

This would make the set stone in the middle glow when worn. Potentially giving it a sense of protection only when being worn.

We will see what happens I suppose.